At our recent Rocket Build Day, I brought some PVC pipe with the intention of building a new launch pad.  I’ve been exploring the next level of model rockets beyond the Estes kits from Walmart.  The bigger rockets require a bigger diameter launch rod and the old method of shoving a 1/8″ rod into a block of wood isn’t going to cut it as a launch pad anymore.  While exploring The Rocketry Forum I was inspired by some launch pad designs made out of PVC, so I thought I would try it out.

Since I now have a need to launch both my older, smaller rockets as well as my newer, slightly larger, rockets, I was looking for a design that would allow the launch rods to be changed out easily.  I noticed that some other people have used a drill chuck for this purpose, so I picked one up at Harbor Freight for $10.  I took it to the hardware store and discovered that it fit almost perfectly inside the female end of a 1 1/4″ PVC fitting.  Perfect! 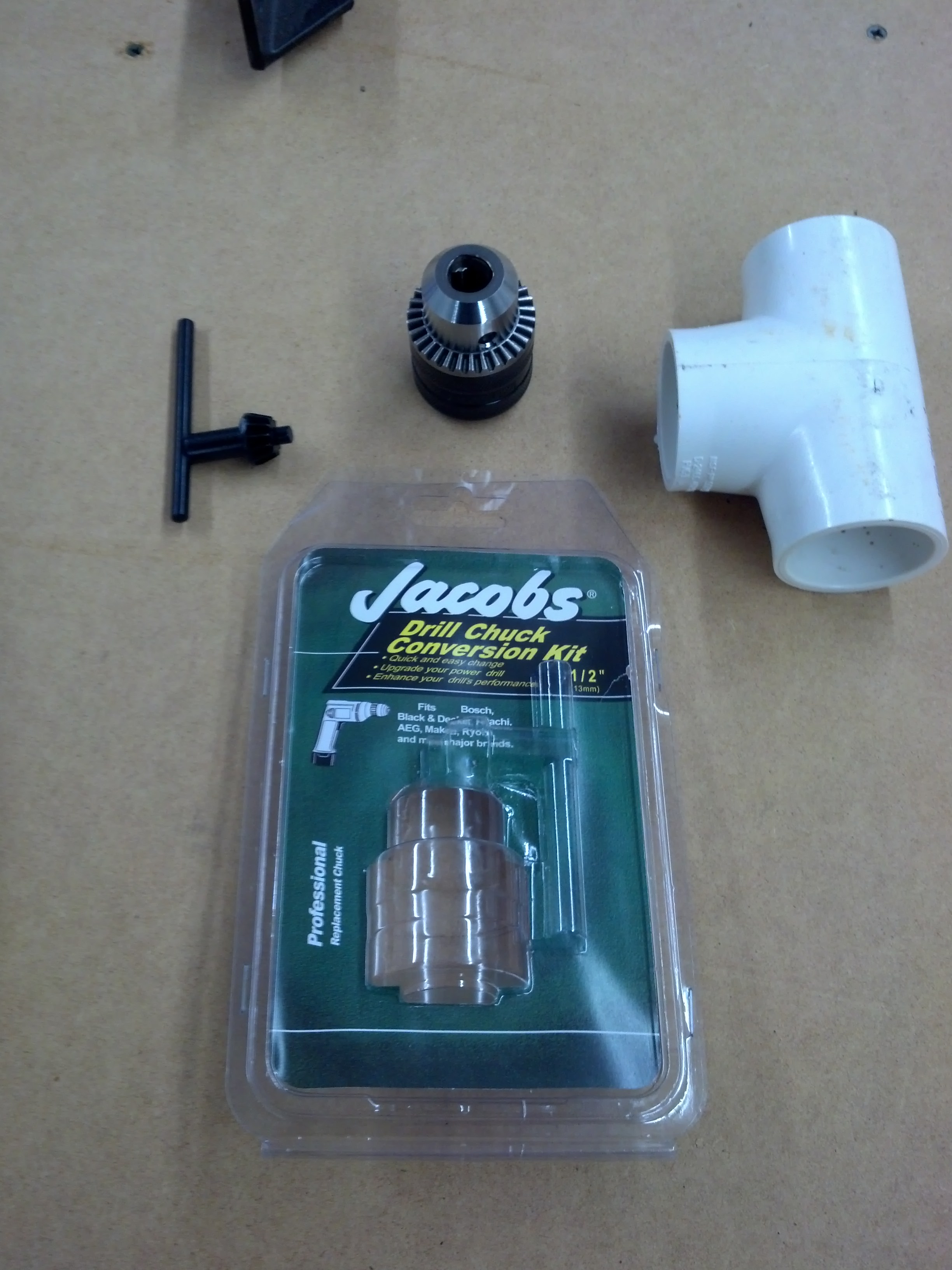 Here’s a list of all the supplies we used to build the launch pad:

We cut up the 10 foot section of pvc pipe into 6 2.5″ pieces (for couplers between the fittings) and 4 26″ pieces (for the legs).  Then it only took a few minutes to glue it all together and we had a launch pad!  We left the center “T” fitting that holds the drill chuck unglued so the rod can be angled if needed. 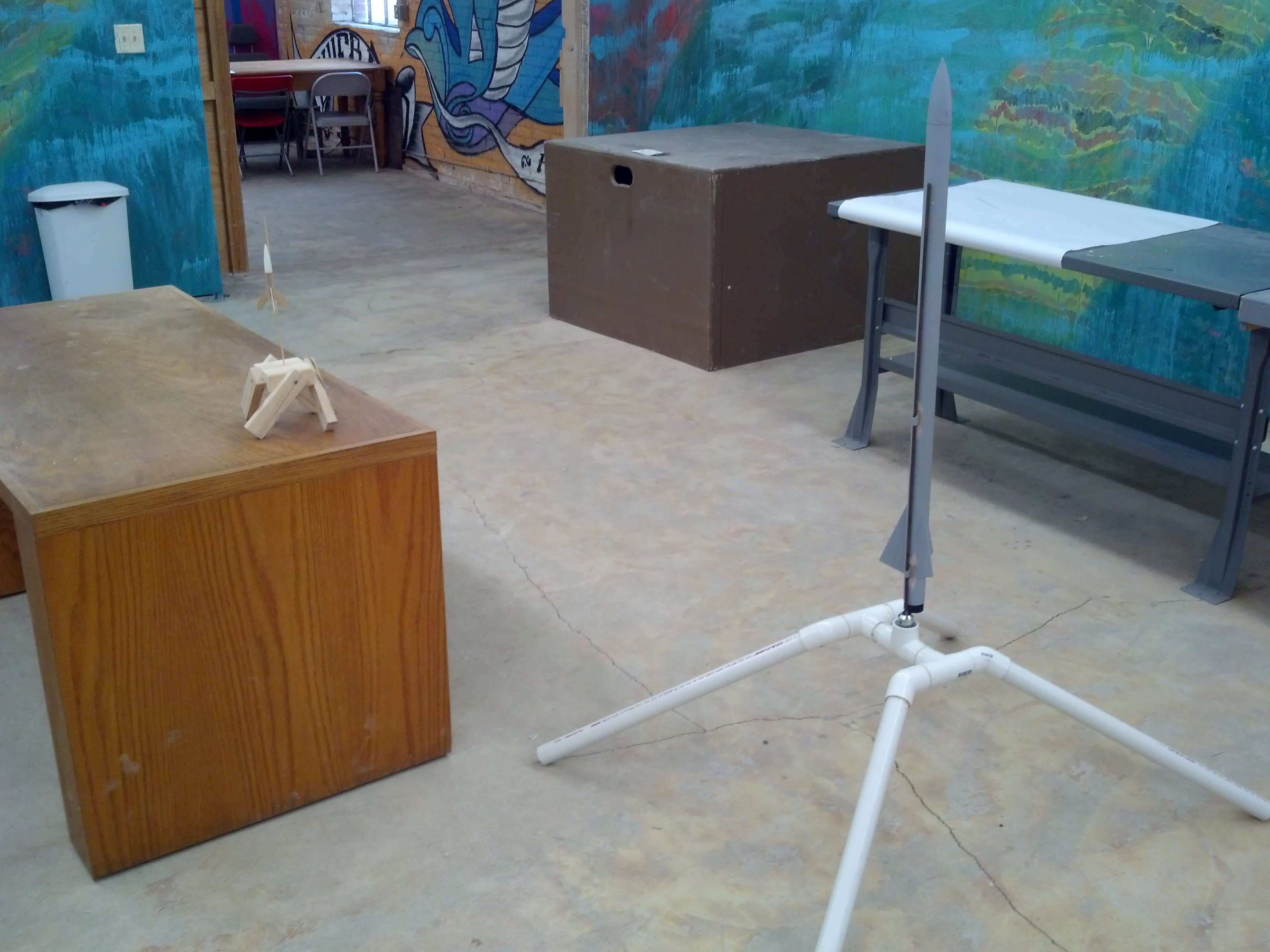 I still need to secure the drill chuck in the “T” fitting to make sure the launch rod doesn’t move.  I may also end up adding additional “T” fittings to the end of each leg, drill a hole through them, and then stake the pad down during launch.  Otherwise, I think it’s ready to go!  The rocket on the PVC launch pad is a Madcow Screech and is just over 40″ tall.  Next to it, on the desk, is another launch pad that was put together by Tom for smaller rockets.  The rocket on the small launch pad is an Estes Mosquito and is just under 4″ tall.

We also did some work on building rockets at the build day.  I got started on a Madcow Jay Hawk.  I’ll post again when I get that one finished. 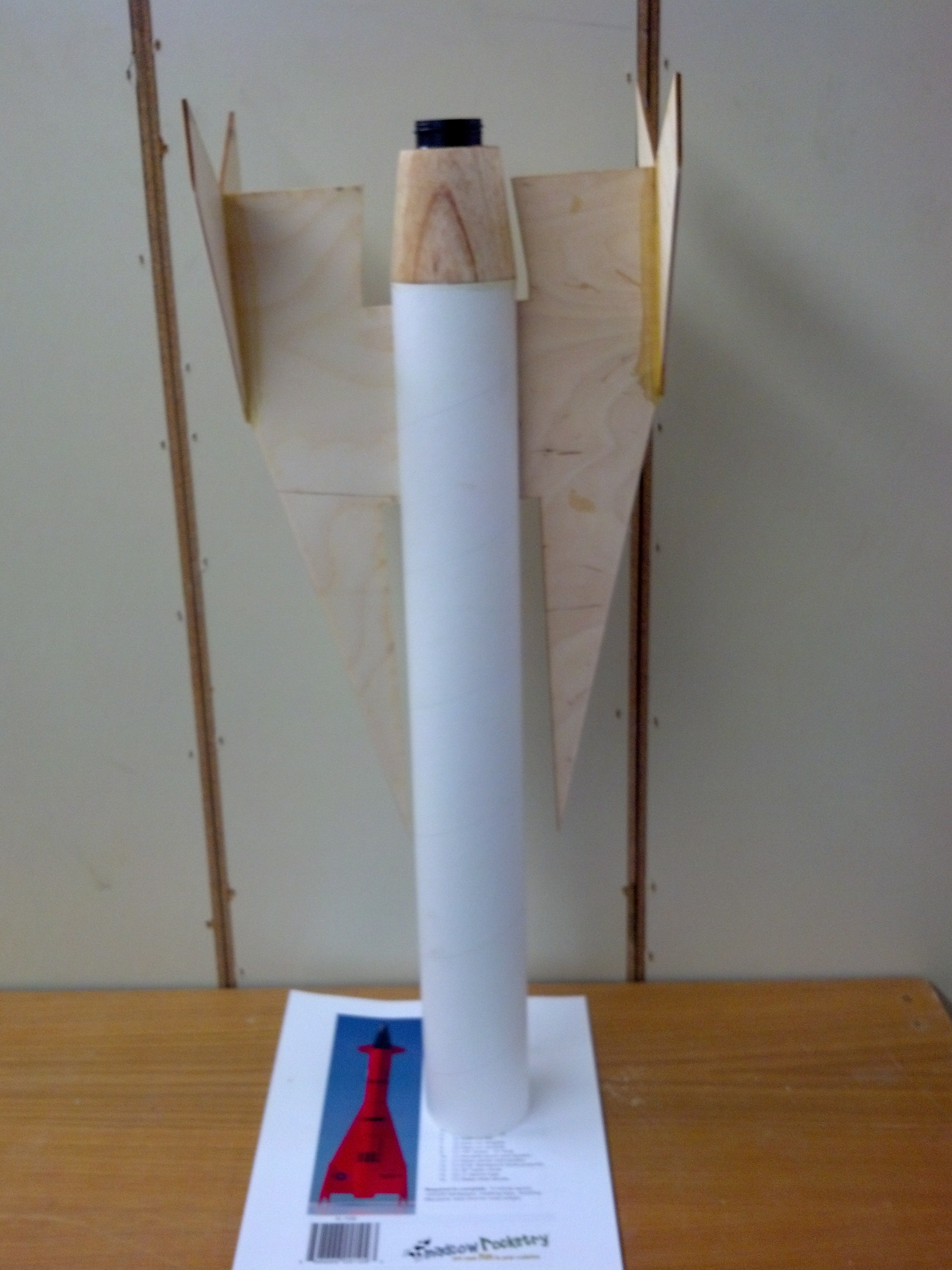